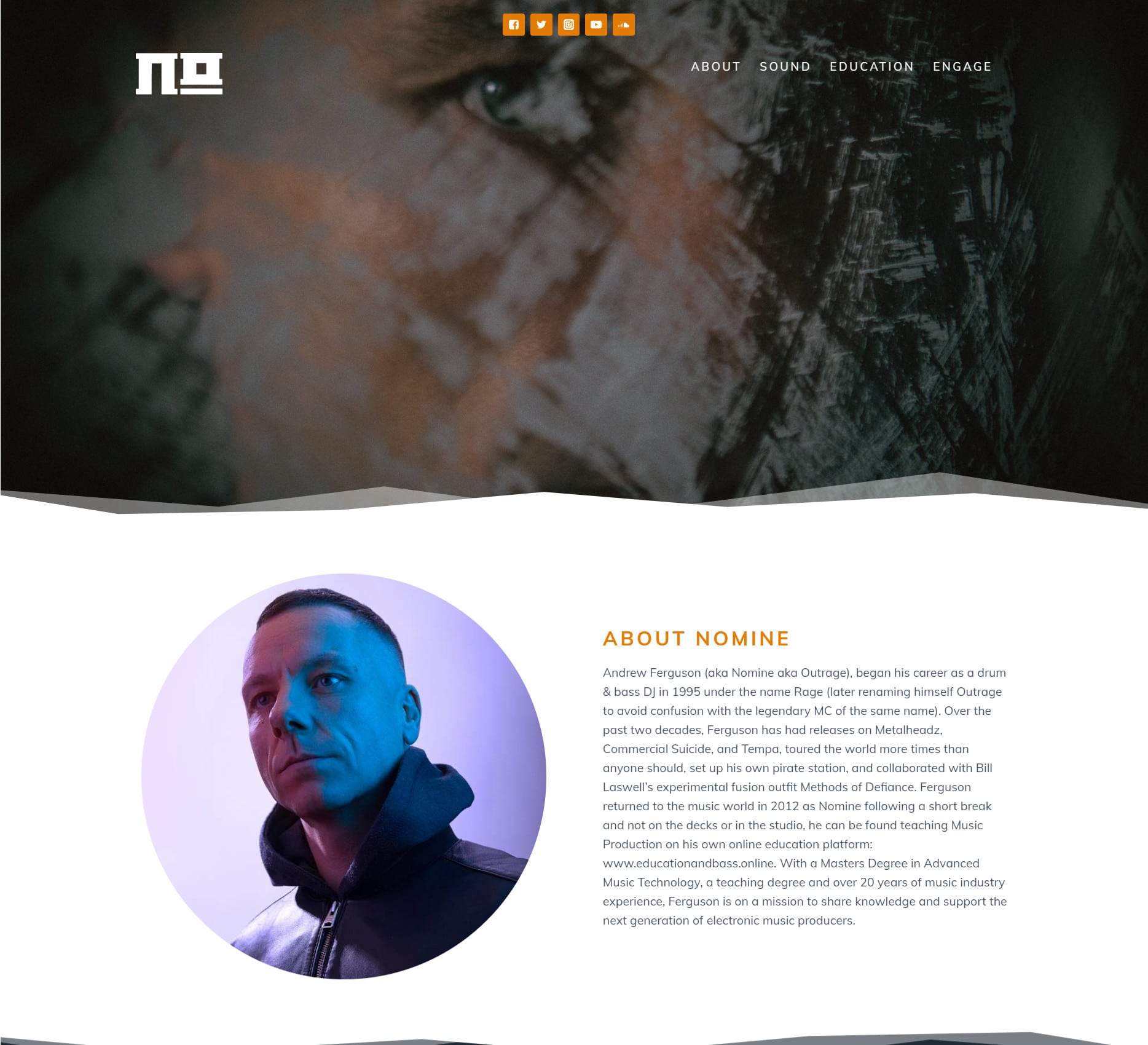 Andrew Ferguson (aka Nomine aka Outrage), began his career as a drum & bass DJ in 1995 under the name Rage (later renaming himself Outrage to avoid confusion with the legendary MC of the same name). Over the past two decades, Ferguson has had releases on Metalheadz, Commercial Suicide, and Tempa, toured the world more times than anyone should, set up his own pirate station, and collaborated with Bill Laswell’s experimental fusion outfit Methods of Defiance.

We were thrilled to be working with Andrew on this project, no only is he a great guy to work with, but we have been a fan of his music for many years.
As his previous site was dated, we wanted to give him a refresh build and we opted for a simple one page design. Andrew has ideas for a phase two which could include e-commerce, blog and maybe the option of offering other services. We used a popular WordPress starter theme, customised to the clients needs. We used a small amount of plugins to keep things light. The site works well on all modern devices and browsers and is very scalabe for future features and updates. 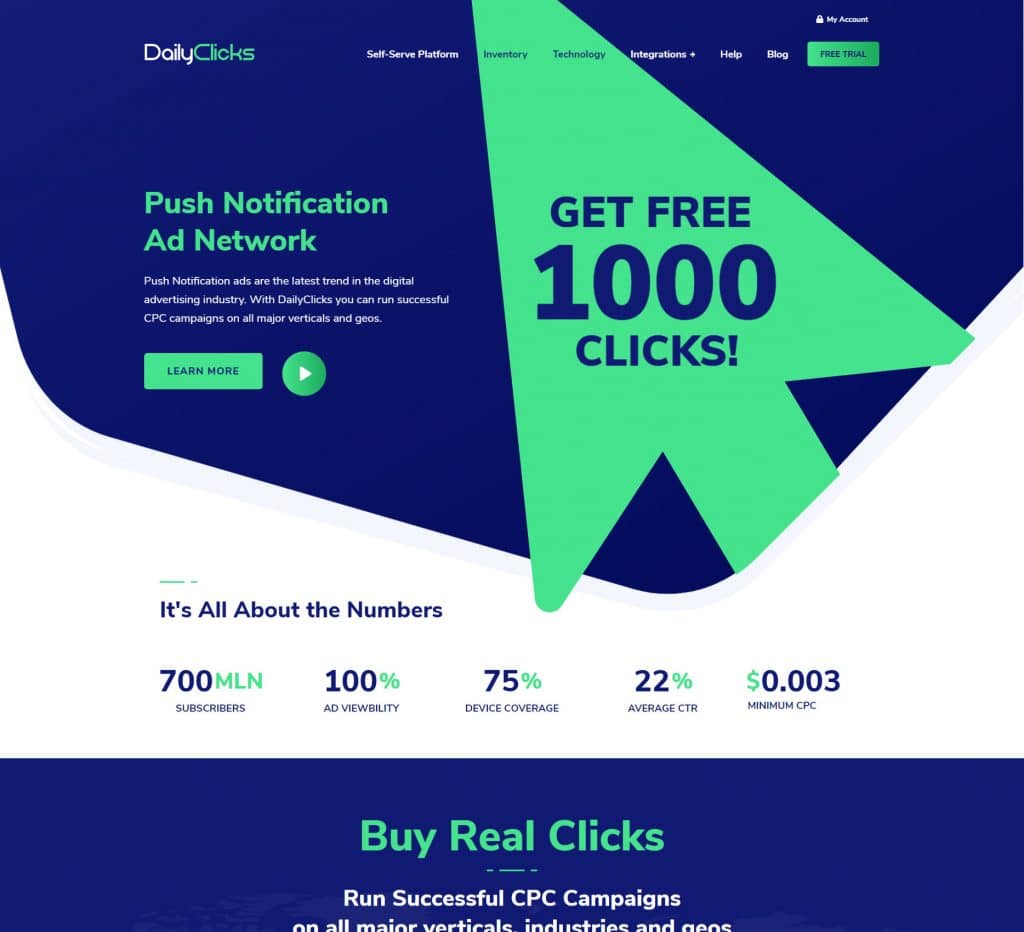 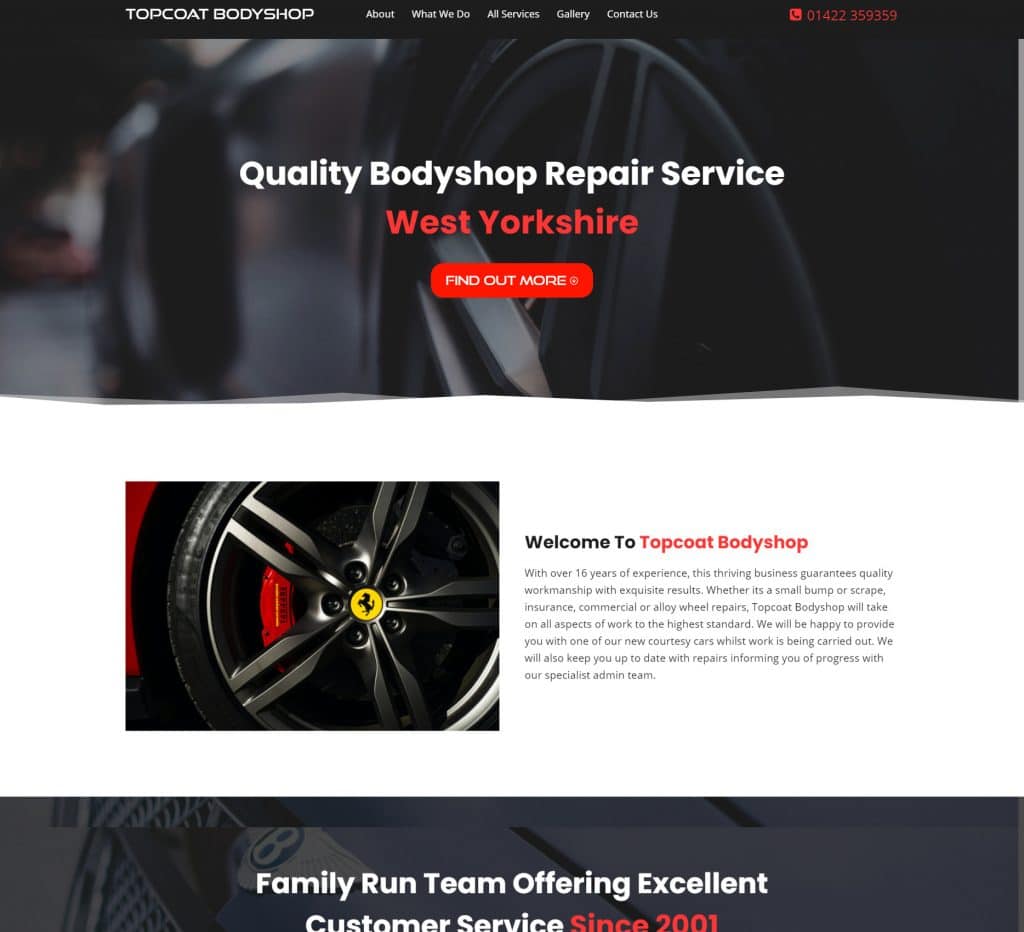 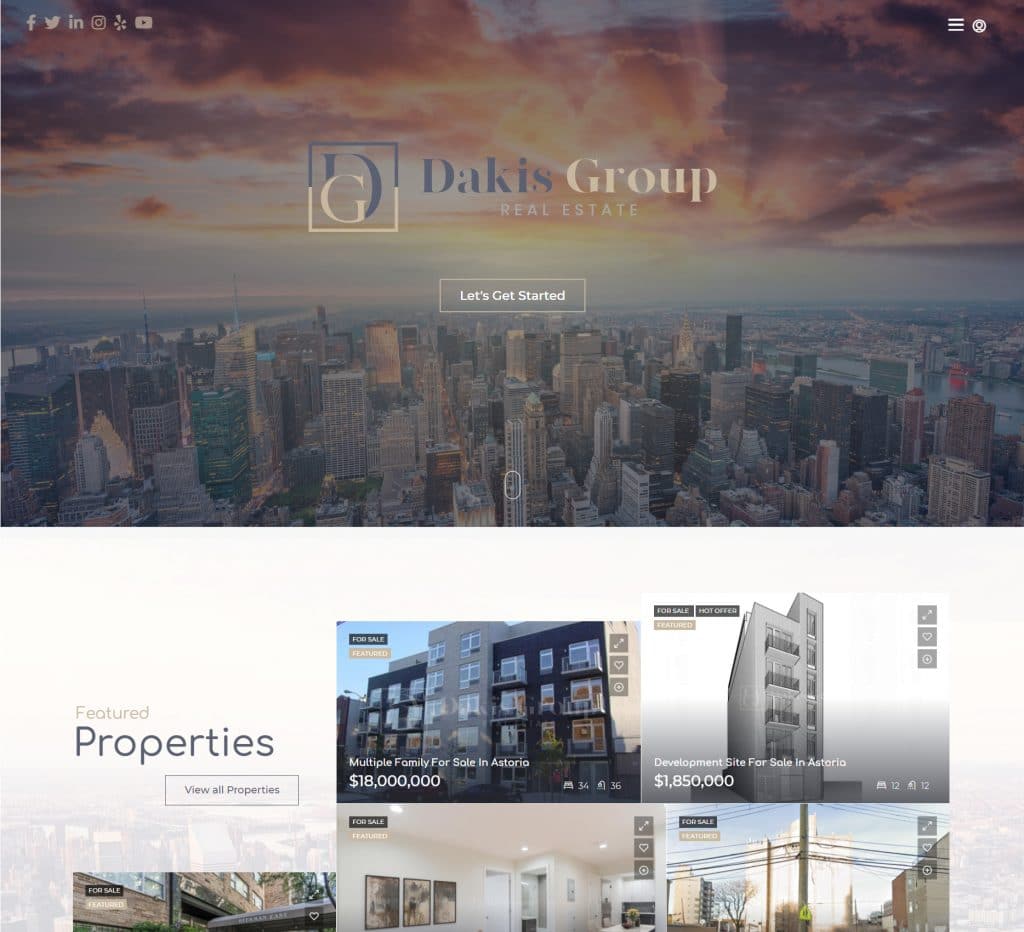 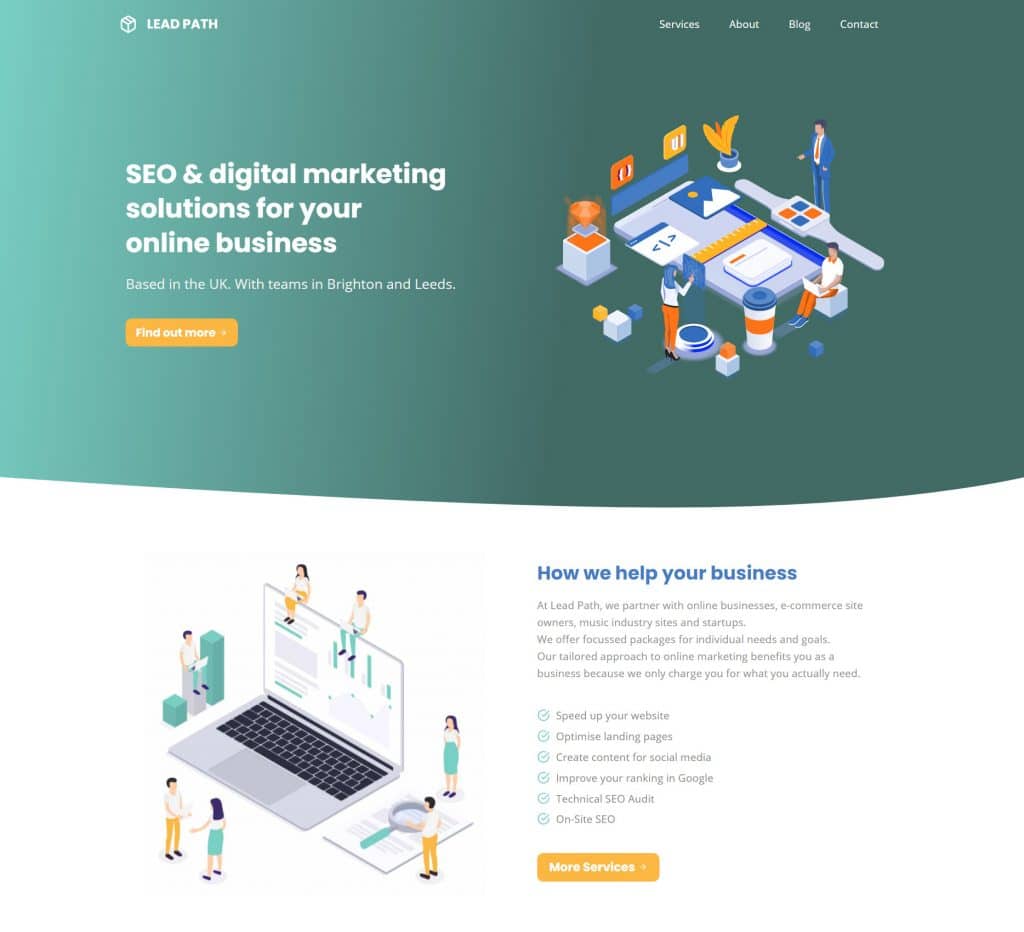 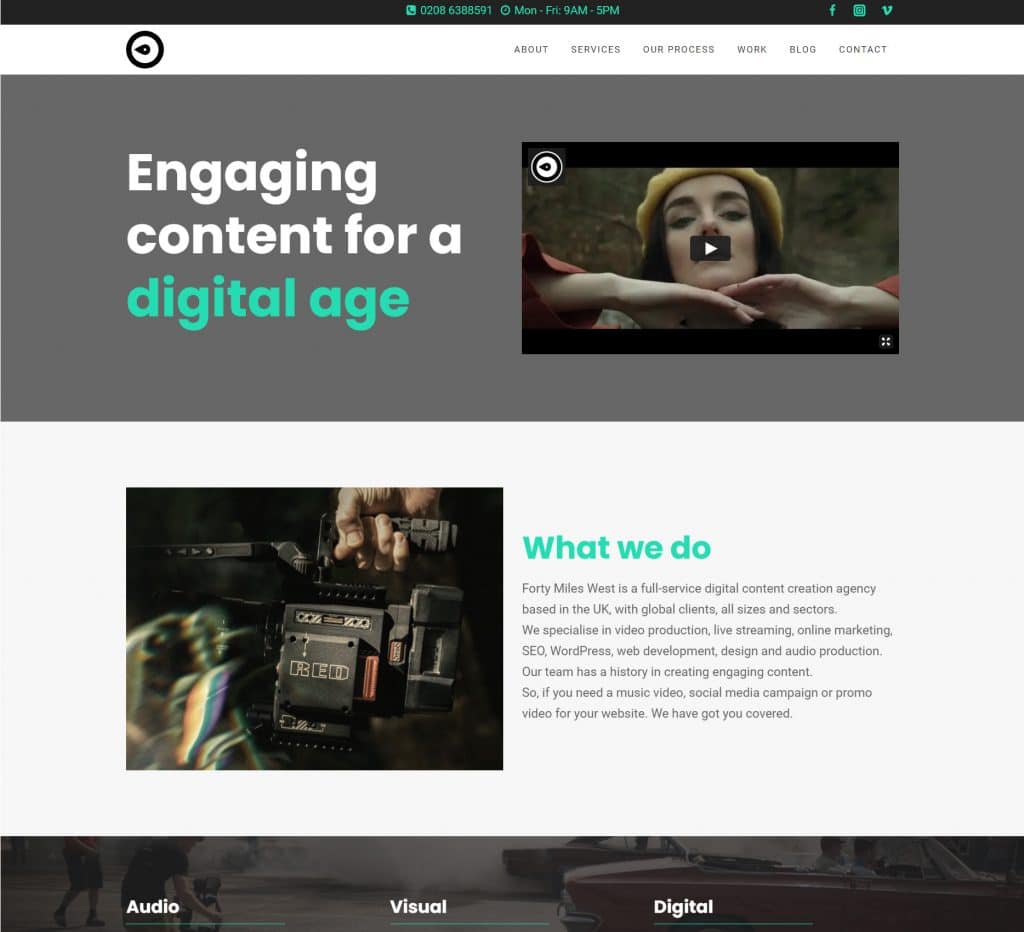 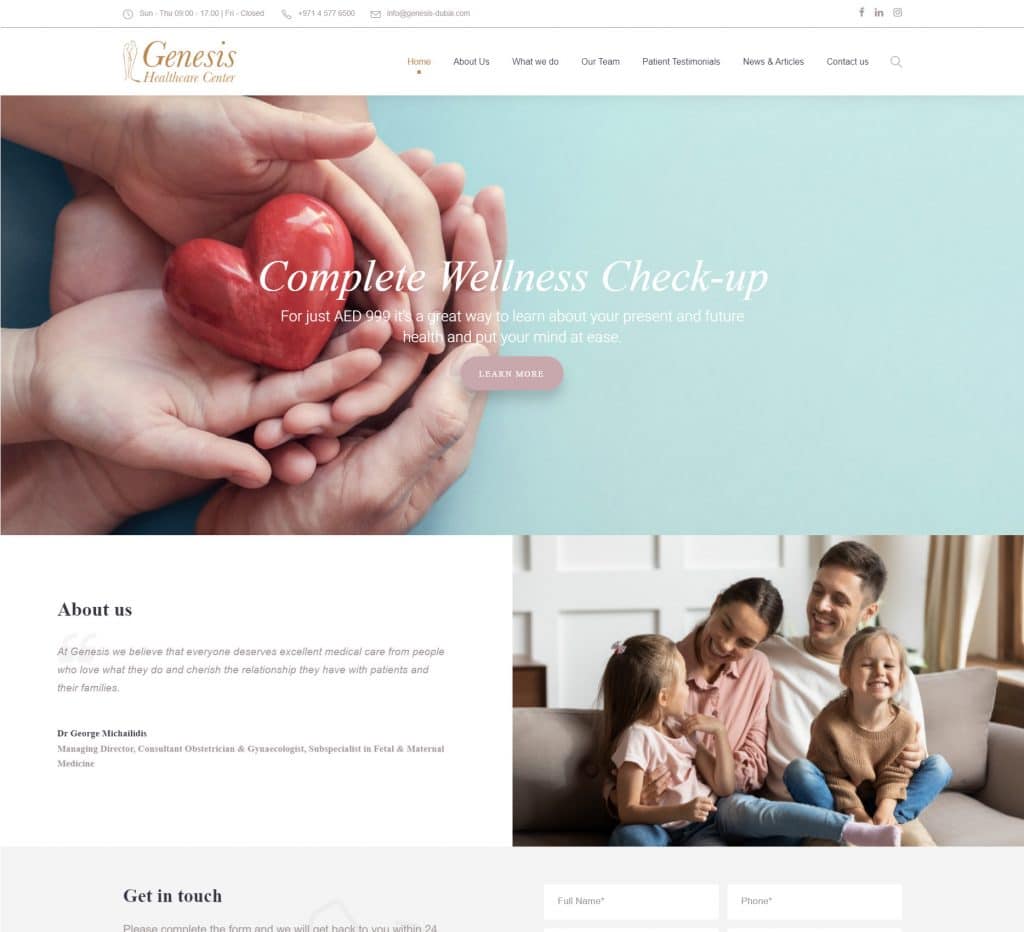 If you have a project in mind and would like to discuss your ideas with one of our team. Feel free to give us a call or send us a message using the contact form or email address below.